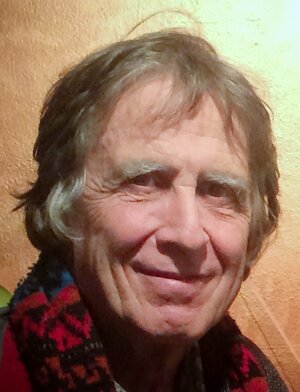 A Holistic Bodywork Therapist for over 30 years and a Registered Nurse, George is able to combine his mechanical knowledge of the body with intuitive energy work. George has also had the distinction of being one of the few male massage therapists who have worked on Mick Jagger and Sting! He was a founding member of the American Holistic Nurses Association and has been practicing Reflexology for over 50 years, originally trained by his mother, Jane who studied under Reflexology Pioneer, Eunice Ingham. George has been a Registered Reflexologist since 1975 and has studied the Osteopathic Cranio-Sacral Technique with Dr. John Upledger, D.O., and Professor of Osteopathy and Body Mechanics at Michigan State University.

Vibration and energy approaches to healing have been a major focus of his work. George traveled to Peru in the 1980s where he received an Incan elemental initiation at Machu Picchu. George has studied Harmonics and Sound Healing with Jonathan and Andi Goldman, founders of the Sound Healers Association, and Dr. Anthony J. Palombo, D.C. author of Sacred Anatomy and specialist in Sound Healing and Attunement.